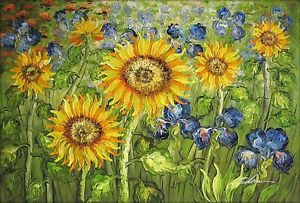 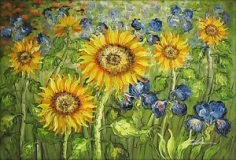 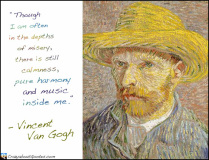 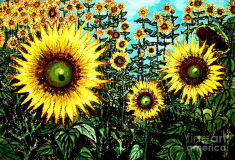 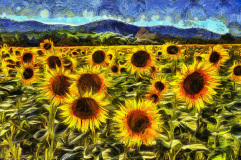 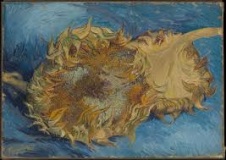 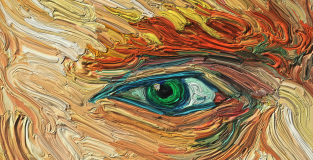 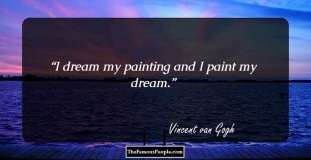 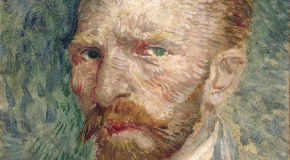 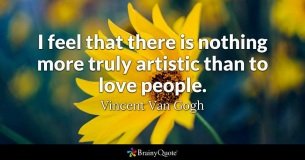 An Evening with Vincent van Gogh - August 9 from 7:00-10:00 PM. Vincent Willem van Gogh (1853-1890)was a Dutch Post-Impressionist painter who is among the most famous and influential figures in the history of Western art. In just over a decade he created about 2,100 artworks, including around 860 oil paintings, most of them in the last two years of his life.

Van Gogh’s paintings of Sunflowers are among his most famous. He did them in Arles, in the south of France, in 1888 and 1889. Vincent painted a total of five large canvases with sunflowers in a vase, with three shades of yellow ‘and nothing else’. In this way, he demonstrated that it was possible to create an image with numerous variations of a single colour, without any loss of eloquence.

While we are all familiar with van Gogh's epic painting "Starry Night," the sunflower paintings had a special significance for van Gogh: He wrote thatthey communicated ‘gratitude’, He hung the first two in the room of his friend, the painter Paul Gauguin, who came to live with him for a while in the Yellow House. Gauguin was impressed by the sunflowers, which he thought were ‘completely Vincent’. Van Gogh had already painted a new version during his friend’s stay and Gauguin later asked for one as a gift, which Vincent was reluctant to give him. He later produced two loose copies, however, one of which is now in the Van Gogh Museum.

Film segments highlighting this romantic Impressionist painter will be shown followed by a hands-on painting workshop led by Beth Hilliker. Complimentary refreshments will be served and random door prizes will be awarded. Join us for the fun! $48 includes all activities, art supplies, savory and sweet refreshments, and drinks. (Alcohol only served to those over the age of 21. Non-alcoholic drinks are also served.)

"Love many things, for therein lies the true strength, and whosoever loves much performs much, and can accomplish much, and what is done in love is done well." ~ Vincent van Gogh