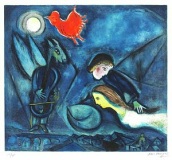 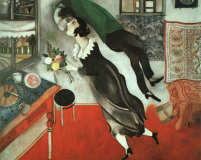 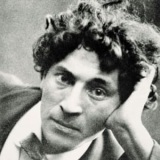 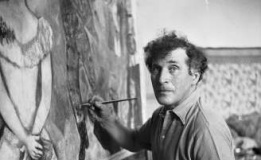 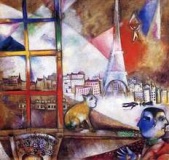 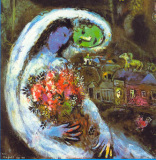 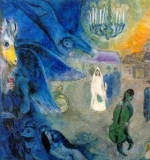 An Evening with Marc Chagall

An Evening with Marc Chagall* - May 3, 2019. 7:00-10:00 PM - at the Gilchrist Museum of the Arts, 104 Washington Street, Cumberland, MD. Film segments highlighting Chagall's extra ordinary life will be shown then, inspired by his dream-like style, you will relax and have fun painting your own composition at this workshop is led by Beth Hilliker. Complimentary refreshments will be served and random door prizes will be given.

Reservations are limited by space. They are confirmed by payment.

$48 includes all activities, art supplies, refreshments and drinks. (Alcohol only served to those over the age of 21. Non-alcoholic drinks are also served.)

This evening is sponsored by the Cumberland Cultural Foundation - C. William Gilchrist Museum of the Arts, Balance Essential Wellness, and Beth Hilliker's Painting Outside The Lines.

*Marc Chagall was a Belorussian-born French artist whose work generally was based on emotional association rather than traditional pictorial fundamentals. Born July 1887 in Vitebsk, Belorussia, he left for Paris in 1907, where he lived in an artist colony. Fusing his own personal, dreamlike imagery with hints of the fauvism and cubism popular in France at the time, Chagall created his most lasting work—including I and the Village (1911). After returning to Russia for a visit in 1914, the outbreak of WWI trapped him there. He returned to France in 1923 but was forced to flee the country due to Nazi persecution during WWII where he became involved in set and costume design before returning to France in 1948. In his later years, he experimented with new art forms and was commissioned to produce numerous large-scale works. Chagall died March 1985 in Saint-Paul, Alpes-Maritimes, France. Chagall composed his images based on emotional and poetic associations, rather than on rules of pictorial logic. PredatingSurrealism, his early works, such as I and the Village (1911), were among the first expressions of psychic reality in modern art.  In 1950 Pablo Picasso remarked: “When Matisse dies Chagall will be the only painter left who understands what colour really is." Chagall himself wrote: “In our life there is a single color, as on an artist's palette, which provides the meaning of life and art. It is the color of love.”